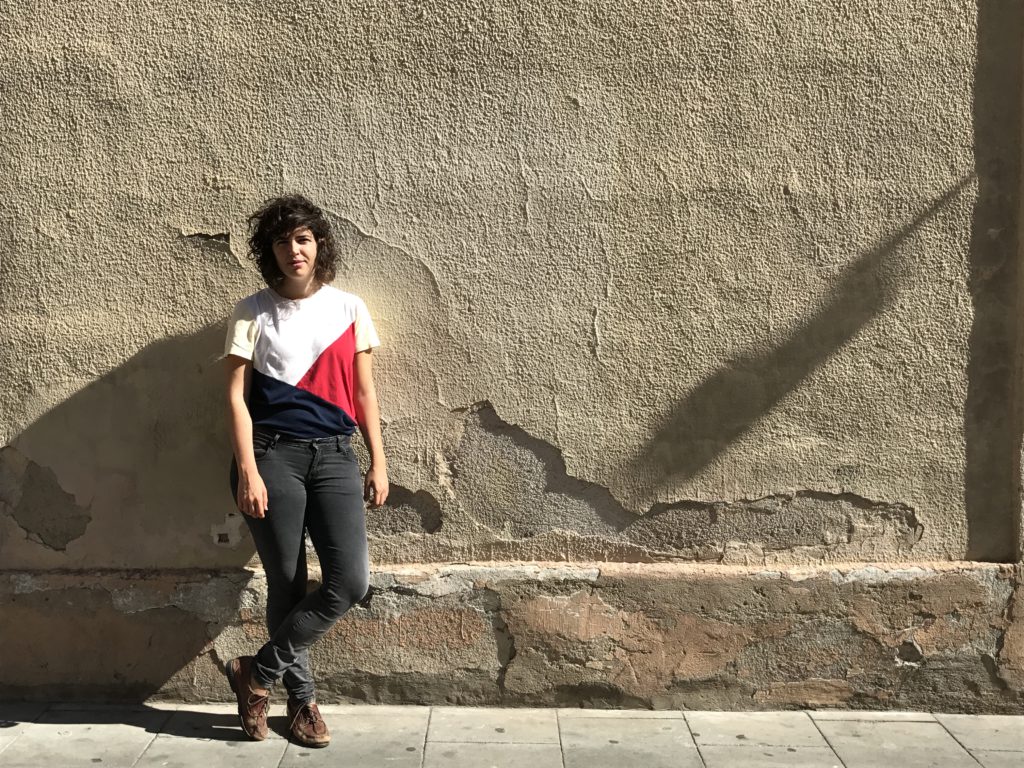 – Other jobs before living of art

Snail collector (I think I’d get paid 500 pesetas per kilo), invoice delivery at the company my mother worked, selling lady’s clothes at the market in Vic and ironing hospital sheets at an industrial laundry.

– The story of your first paid art commission

At the age of 16, I made a wonderful logo for my cousin’s canine hair salon. At that moment I had no design tools. I handprinted it using half potato and made the post-production in the computer with Paint. The logo lasted until 2015 when we decided that we all deserved the makeover.

– The best professional lesson you have learned

The importance of knowing how to say NO. Genetics has made it harder. Along the way, I have lost my innocence and suffered some injuries, but I suspect that now I’m close to finally achieve it.

– Other artistic disciplines that influence you

I can be interested and influenced by any artistic or non-artistic discipline if I connect with the message or the story they tell me.

– About the creative process: chaos or order?

Tidy chaos: or working to get an intuitively coherent and organized discourse out of the chaos.

The perpetual mixture of both, I refuse to choose.

– Describe yourself in three words

– Any book on your bedside table?

The two last ones I bought – The Vegetarian by Han Kang and The Grass Harp by Truman Capote.

– Who would you like to receive a letter from?

It’s been so long since I’ve received one that I’d be happy with any letter written by hand inside an old school envelope.

My home. It has cost me too much time and effort to raise the temple so as not to want it above all else.

The afternoons playing soccer in the square of my town, and creating a drink called ‘Magic Potion’ that certainly made us faster. It was made with Tang, mulberries from our garden and sugar. It was given to the children of the neighborhood (I was the oldest) before each game. We believed without any hesitation that it had magical properties.

** Subscribe by September 30 to get Olga’s serigraphy “Miles Away” signed & numbered. ** 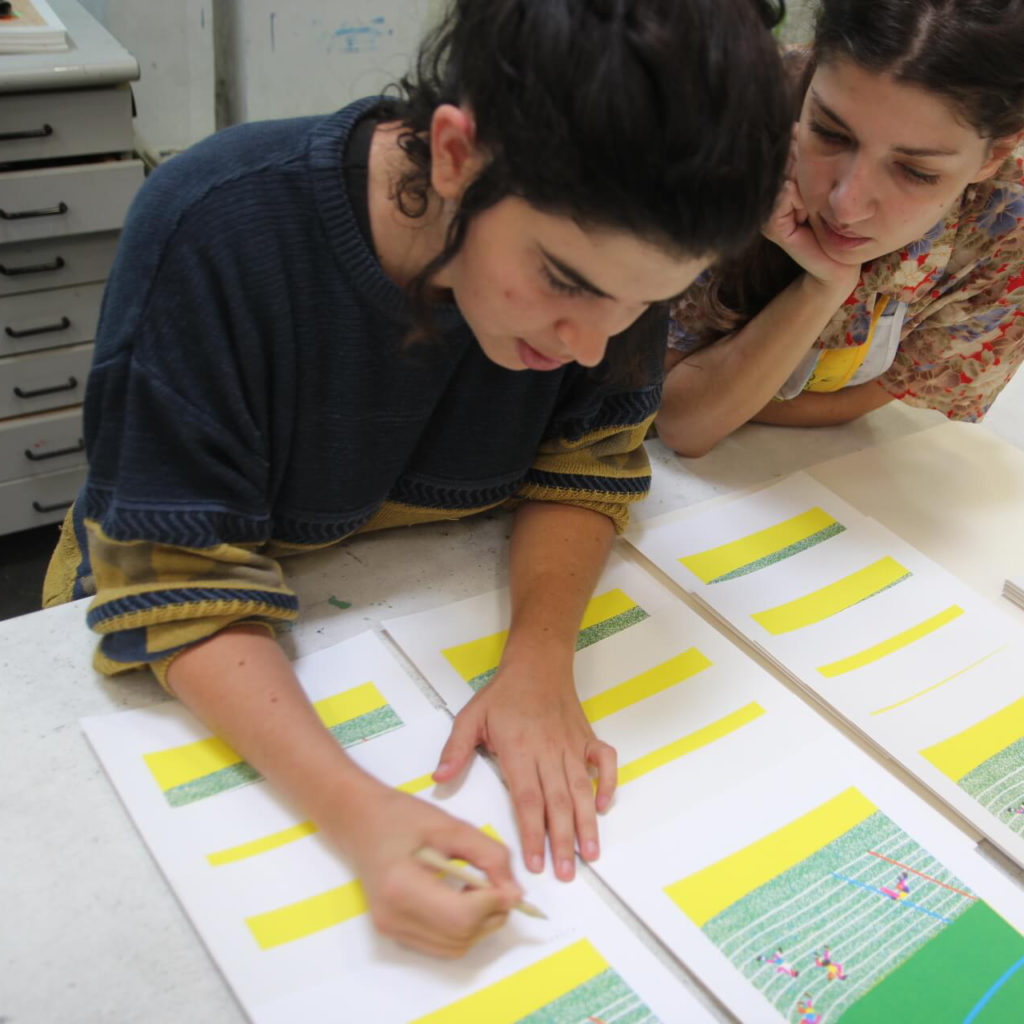 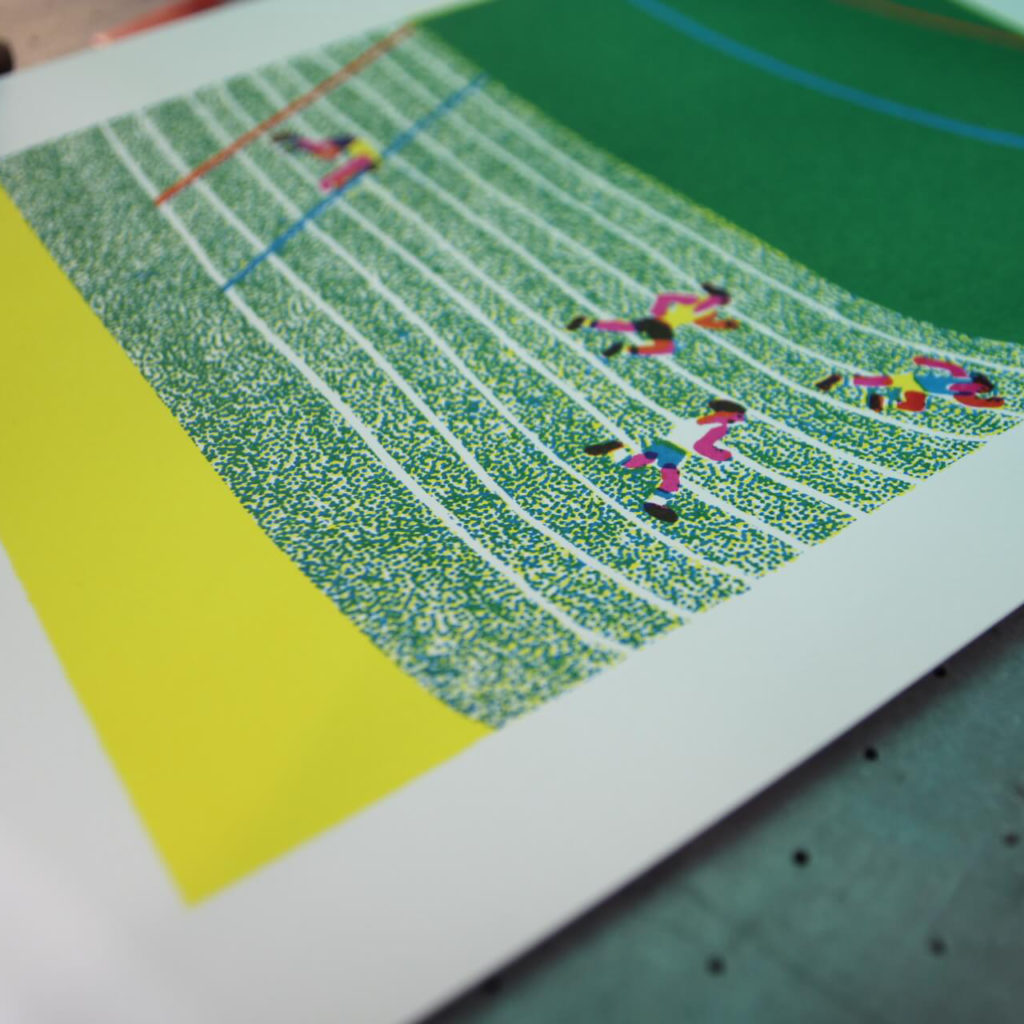